A workshop on how your organisation can effectively assess needs and organise resources to transform your communities and have an impact. 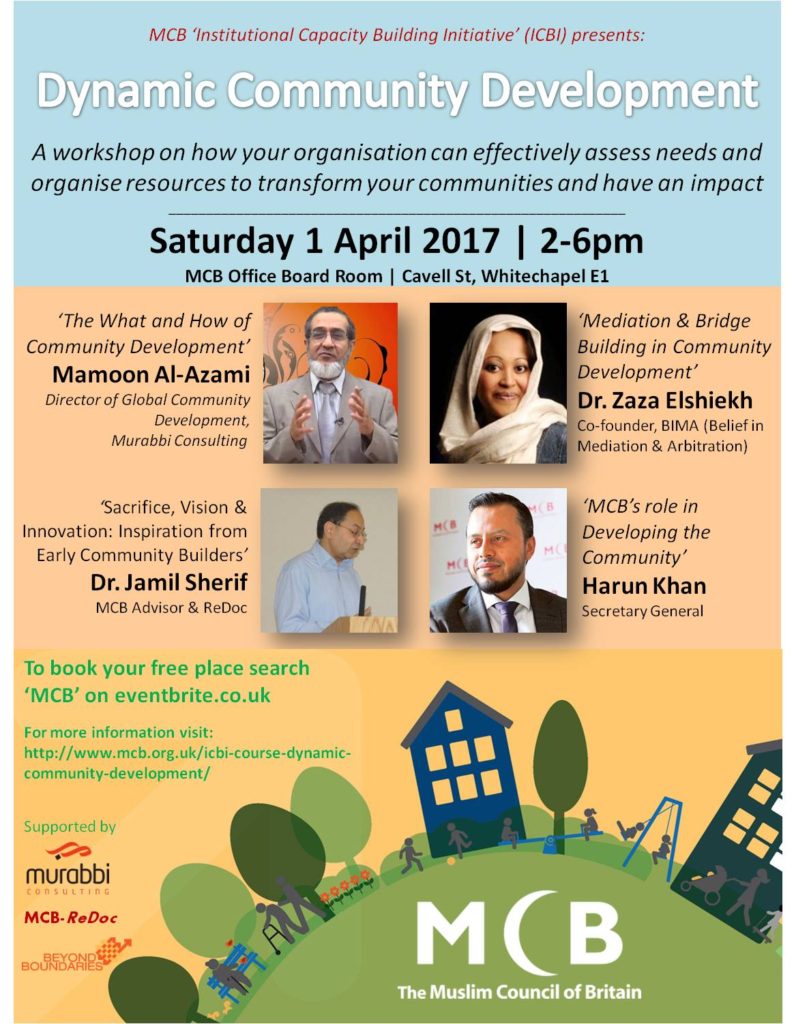 Mamoon Al-Azami – The What and How of community development

Who is it for?

Mamoon is Director of Global Community Development at Murabbi Consulting, and has over 30 years of training and development experience.

He was previously a Senior Community Development Specialist at the Islamic Development Bank (IDB) in Jeddah (KSA), having served for 20 years as one of their leading trainers. He has travelled widely to over 50 countries in Europe, Asia, Africa, Middle East & the Americas delivering leadership & training sessions to NGO and multi sector audiences.

His previous career roles included local government positions in Manchester city council and Hackney (London) council in the community development space. He has also been instrumental in building multiple faith based community institutions and educational networks in the UK, Middle East and Asia.

He speaks four languages fluently and holds four UK degrees including BA (Econ), MA (Econ) from the University of Manchester. He now resides in Greater London.

Having qualified as a medical doctor (University College London, 1994) and solicitor (Hempsons, 2004), Zaza’s innate interest in human interaction attracted her to mediation. She trained as a Civil/Commercial (CEDR), Workplace and Family Mediator, and International Commercial Arbitrator (CIArb).

Zaza is often invited to speak at public forums, particularly where the following subject matters are discussed: general issues or topical matters in the world of mediation; alternative dispute resolution and Islam; family relationships and cultural matters within the Muslim community; Inter-generational tensions and conflict within schools; commercial and healthcare mediation; equality and gender issues. She has also delivered lectures at universities including Faculty of Divinity, University of Cambridge; School of Oriental and African Studies, University of London; and University College London.

Zaza is a partner at CMDS LLP and a co-founder of BIMA and Converge. She supports the growth of alternative dispute resolution services for faith communities and the less privileged in society. In the past, she was on the Management Committee of the Muslim Mediation Service in Newham 2008-2010, and as a Service Lead Mediator and Trainer at Bromley Community Mediation Service, serving Bexley, Bromley and Greenwich Boroughs. Zaza is married with three children and lives in Bexleyheath, Kent.

Dr. Jamil is an advisor to the Muslim Council of Britain, and has been a long running guide to the MCB’s Research and Documentation Committee (ReDoc), of which he was the founding chair. He is also an advisor to numerous community organisations, has great insight into history and politics, and was instrumental in establishing the archives at the East London Mosque.

To see the full programme, and register your place, click here.