Passing of Grandfather Brutally Attacked in Rotherham on Way to Mosque 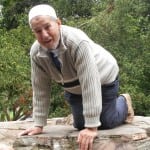 It is with great sadness and shock we hear about the death of 81 year old Muhsin Ahmed who was brutally attacked in the early hours of Monday 10th August while he was on his way to the mosque. Our thoughts and prayers are with his family at this difficult time.

Mushin Ahmed was assaulted in an area just off Fitzwilliam Road in Rotherham. Dr Shuja Shafi, Secretary General of the MCB said, “This is an absolute disgusting and horrific crime against an elderly man. We hope the perpetrators are brought to justice and serve a time fitting that of taking the life of a ‘gentle’ grandfather”.

More recently we have seen a worrying upsurge in attacks on Muslims. We urge our government and police to do more to tackle this menace head on and have a strategy in place to counter the growth in hate crimes against Muslims.

We are appalled to hear about the vicious attack of a Muslim nurse in Stockport as he was out shopping with his wife in the town centre. The circumstances of the attack are worrying, as references to his beard and the fact his wife was wearing a headscarf, seem to indicate this was an Islamophobic hate crime.

We urge anyone who has any information on the perpetrators of this attack to come forward, and urge the police will treat this as a hate crime, investigate it thoroughly and reassure local residents that there is a strategy in place to counter the growth in hate crime against Muslims.

It is a worrying development that as Islamophobia becomes more socially acceptable, it seems that anecdotally both non-violent and violent abuse seems to be becoming more frequent.

We are appalled to hear of another attack on two people, this time in Nelson, Lancashire, being attacked – this time with by air rifle shots, on their way to mosque. Whilst the motivations are unclear according to the police, it is concerning that it is mosque-goers who seem to have been targeted in these attacks.

At a local level, we are pleased that there is now an increased police presence to reassure and protect the local population, and urge the police to treat this as a hate crime and investigate it thoroughly.

With such incidents seemingly occurring on a more and more regular basis, there is an urgent need for the government to institute a national strategy to combat this growth in Islamophobia.