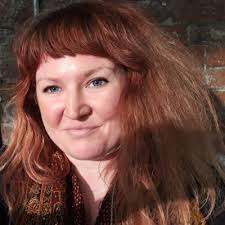 On 23rd April 2019, the MCB issued a comment about tweets made by Nora Mulready, who was announced as a candidate in the European elections for the Change UK party.

Ms Mulready has consistently posted Islamophobic tropes including conflating mainstream Islam with terrorism. Two comments made by Ms Mulready are particularly notable where she said Islam was a “threat” and conflated it with radical Islamism. A series of her tweets can be seen further below.

The MCB issued the following statement to the Independent:

Nora Mulready falls foul of the standard rightly set at Change UK’s European election launch. There, Chuka Umunna rightly declared at the party’s European election launch that “We won’t change our country by othering people of different nationalities and races and dividing our UK into them and us.”  Ms Mulready, it seems, is all too ready in othering people, in this case, conflating Islam with terrorism.

Since then, the Financial Times published an article supporting Ms Mulready’s comment and criticised the MCB for calling out possible bigotry from a prospective MEP candidate. Included in the article:

Only this week, the Muslim Council of Britain accused an MEP candidate of Islamophobia for suggesting that it is a “fallacy that Islamism is nothing to do with Islam”. Although the majority of Muslims loathe Isis, jihadi extremism certainly has something to do with Islam, given that extremists self-identify as Muslims. Denying the link undermines moderates who are fighting for reform.

The MCB has since written a letter to the Editor at the FT which can be seen below:

Camila Cavendish criticises the Muslim Council of Britain for calling out possible bigotry from Nora Mulready, a prospective MEP candidate. This is not because we found Islamophobic her line that ‘Islamism has nothing to do with Islam”. We did not use the word Islamophobia in our statement when we said that Ms Mulready was “it seems, is all too ready in othering people, in this case, conflating Islam with terrorism.”

We were asked to comment on the fact that Ms Mulready appears to have found herself to be aligned with far-right activist Tommy Robinson on concerns about “conservative Islam”,  has conflated terrorism with Islam  and has called a far-right sympathiser a “hero”. As such, Ms Mulready has won the endorsement of UKIP leader Gerard Batten, who himself has described Islam as a death cult. Most reasonable people can draw the line between Islamophobia and legitimate criticism of Islam. It is time for critics of the definition to do the same.

See the published letter below:

1/2 million people signed 'free #TommyRobinson' petition in 48 hrs. He's hit societal nerve & that needs to be acknowledged if we want his movement to stop growing. I think not calling liberals, Muslims & exMuslims who raise concerns about conservative Islam "racists" may help.

Nora has form for other areas as well pic.twitter.com/P1ISkhYXh7