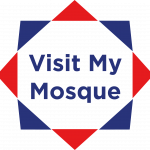 Thousands of Britons are expected to visit the over 150 mosques participating in the third annual ‘Visit My Mosque’ Day on 5 February 2017.Mosques across the UK will be sharing tea and biscuits, alongside an insight into the day-to-day goings on of a busy Muslim centre of worship. More mosques will be participating this year from across England, Scotland, Wales and Northern Ireland. Members of the public can find their nearest mosque online at: www.visitmymosque.org/find

#VisitMyMosque Day aims to provide a platform for Muslims to reach out to fellow Britons and explain their faith and community beyond the negative media headlines. Visitors are encouraged to ask questions they may have about Muslims or the general faith of Islam.

This year’s Visit My Mosque Day will showcase how mosques are great British institutions. They do this by not only being a spiritual focal point, but also by serving their localities and helping people of all faiths and none by running food banks, feed-the-homeless projects, neighbourhood street cleans, local fundraising and much more.

For example, Khizra Mosque in Manchester has run a monthly food collection to support up to seven local families. While the Federation of Muslim Organisations in Leicestershire fundraised £20,000 in just three weeks for a new scanner at Glenfield Hospital. Worshippers at the East London Mosque donated 10 tonnes of food for the homeless at Christmas. Last year it was estimated that British Muslims gave approximately £100 million to charitable causes during the holy month of Ramadan: that’s approximately £38 a second.

The Muslim Council of Britain has also launched a film to accompany the promotion of Visit My Mosque Day. It features a woman inviting a friend to visit her local mosque. Watch here: https://youtu.be/W0mTNSF1AJQ

Harun Khan, Secretary General of the Muslim Council of Britain said, “As the world recoils at President Trump’s so called ‘Muslim Ban’ and now the mass killing at a mosque in Canada, #VisitMyMosque is a much needed antidote to the poisonous atmosphere we find ourselves in. This Sunday 5 February, the British public, Muslim and non-Muslim have an opportunity to come together and renew bonds of friendship.”

He continued, “Visit My Mosque Day is our chance to welcome fellow Britons to our diverse community. In previous years we were moved by how the great British public has taken part in the day, some travelling dozens of miles to find their local mosques, and the level of enthusiasm in the number of mosques who have invited their neighbours to share in the experience has increased each year. Now its third year, we hope that Visit My Mosque Day becomes a great British institution for years to come.”

Last year hundreds of comments were left by visitors on social media and at #VisitMyMosque. They included:

“Diane and I thoroughly enjoyed our visit to the Warrington Islamic Society and Mosque,” Emily Goodler

“Such an interesting visit to Edinburgh Central Mosque today – thanks to all for such a warm welcome (and scrum my food),” Isla Jack

“Good to see the Surrey Police & Crime Commissioner and many residents inc. those from other faiths supporting #VisitMyMosque in Camberley,” Rodney Bates.

Visit My Mosque day on Sunday 5 February 2017 is open to men, women and children of all ages. Anyone can search for their nearest participating mosque at www.visitmymosque.org/find

1. The Muslim Council of Britain is the UK’s largest Muslim umbrella body with over 500 affiliated national, regional and local organisations, mosques,  charities and schools.

2. #VisitMyMosque day is a national initiative where over 150 mosques across the UK are holding open days to welcome in their neighbours from all faiths and none. It is facilitated by the Muslim Council of Britain, the country’s largest umbrella body of mosques and Islamic associations.

3. Participating mosques on 5th February 2017 are listed at www.visitmymosque.org

4. The list of participating mosques represents the diversity in Islamic traditions, with mosques from a wide variety of Islamic schools of thought and traditions taking part, including some of the country’s largest mosques seasoned in doing outreach activities, as well as smaller mosques holding open days for the first time.

5. A mosque is a place of worship for those practicing the Islamic faith, where five daily congregational prayers are held, led by an imam (prayer leader) and serve as community hubs offering a range of activities and facilities. One of the oldest mosque’s in Britain was established in 1887.

6. In the run-up to ‘Visit My Mosque’ Day 2017, a number of mosques participated and have helped to organise interfaith exchanges and visits, ranging from observing church services to peace walks to interfaith conferences. Further information here: www.mcb.org.uk/interfaith-visits-spread-in-run-up-to-visitmymosque-day/