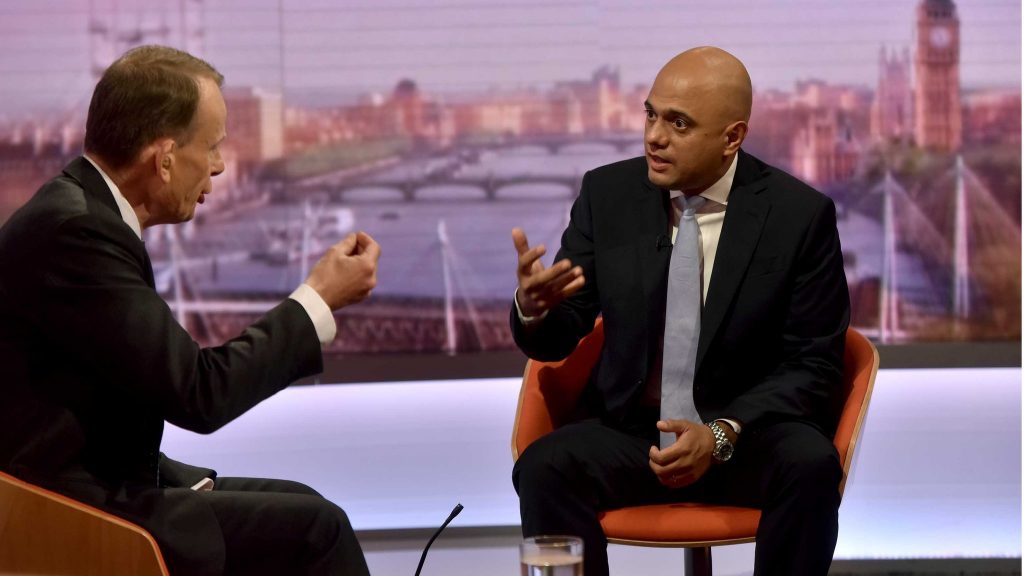 3 June 2018 – Today the Home Secretary Sajid Javid was asked about examples of Islamophobia in the Conservative Party on the BBC’s Andrew Marr programme. It follows a letter on this matter sent by the Muslim Council of Britain to Party Chair Brandon Lewis MP earlier this week. Rather than deal with the concerns raised by us and a number of others, the Home Secretary has chosen to attack the MCB.

Harun Khan, Secretary General of the Muslim Council of Britain said: “Rather than address the serious concerns raised by our message, Mr Javid has chosen to shoot the messenger. We have identified real weekly cases of Islamophobia in the Conservative Party, which the Party has even acknowledged by suspending members. These real concerns of Islamophobia are shared by two Conservative Muslim Peers, as well as voices across the spectrum, many of them Conservatives. If the response is to instead attack the Muslim Council of Britain, it sadly indicates that the Party has no interest in dealing with this matter with the seriousness it deserves.”

“We have long spoken out and proactively challenged terrorism and extremism, as have British Muslims across the country. The reality of Islamophobia is that Muslims and the Muslim Council of Britain have to deal with the smear of extremism even though they have clearly and consistently condemned violence perpetrated by people who claim to do this in the name of our religion.”

Mr Javid made serious allegations against the Muslim Council of Britain claiming that it does not represent Muslims, that the last Labour government cut ties with the MCB and the usual smear faced by Muslims engaged in the public sphere — that they are somehow associated with extremism – the same dog-whistle tactics used against Sadiq Khan during the 2016 Mayoral election campaign.

The Muslim Council of Britain is an independent umbrella body with over 500 mosques and Islamic associations affiliated to it. Recent polling data suggests that actually a majority of Muslims appear to believe the MCB does a good job in representing their views. Therefore, even though the MCB does not claim to be a representative body for all Muslims, to ignore its representative status would once again be ignoring the evidence.

While it is the case that the Labour government briefly cut ties with the Muslim Council of Britain in 2009, this was reversed in early 2010. Furthermore, under the Coalition government, the MCB met with a number of Ministers, including the Minister for Communities, Stephen Williams, at CLG in September 2014, the Energy Secretary Ed Davey in 2014, and the Deputy Prime Minister Nick Clegg at the Cabinet Office in September 2015.