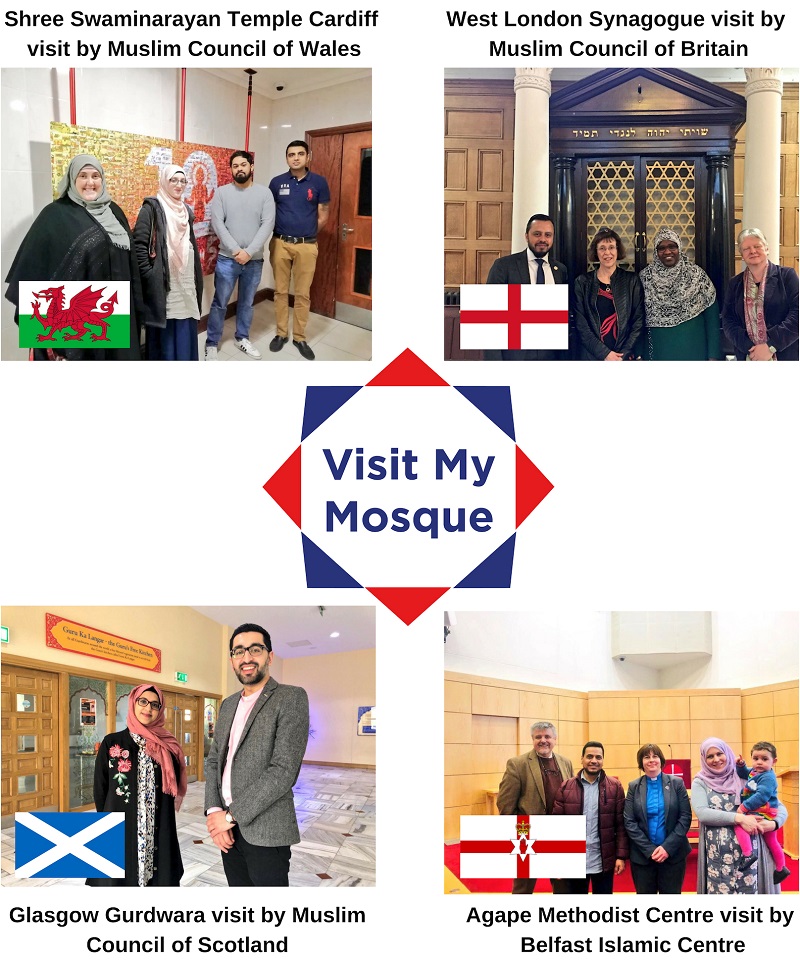 Symbolic interfaith visits come in week where over 250 mosques open their doors to the public on #VisitMyMosque day.

At a time when the country is polarised by Brexit and hate crime is on the rise, the symbolic action aims to emphasise the importance of communities of all faiths and none in coming together and putting aside differences for the common good.

The visits come in the week where over 250 mosques across the UK will be opening their doors to the public on #VisitMyMosque day on Sunday 3 March.

Harun Khan, Secretary General of the Muslim Council of Britain said​ “It was a privilege to visit the West London Synagogue today. It was great to hear about the similarity of the Jewish religious services to my own faith as a Muslim, alongside the synagogue’s active outreach programmes for refugees and the homeless. I strongly encourage more of my fellow Muslims to visit other faith institutions as this will only make our bonds stronger as we have more in common than what divides us.”

After the Muslim Council of Scotland’s visit to Glasgow Gurdwara, a Gurdwara volunteer commented that, “Sikhism is a religion of compassion and of sharing. Our Langar (open kitchen) is free for everyone in the community to come along and share a meal together. We are always happy for people to come along to the Gurdwara and we enjoy sharing our faith with them’. 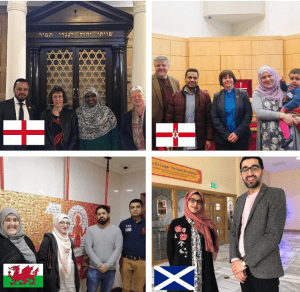 Reverend David Compton of the Methodist Agape Centre in Belfast, who hosted representatives from Belfast Islamic Centre, spoke of the importance of going outside our own communities to build bridges and friendships between faith communities, in order to break down stereotypes and to build strong societies.

Rabbi Helen Freeman of West London Synagogue said, “We value the building of bridges of understanding with those of all faiths. So it was my particular pleasure to welcome visitors from the Muslim Council of Britain as we look forward to celebrating ‘Visit My Mosque’ day on Sunday 3rd March”.

Dr Harriet Crabtree, Executive Director of The Inter Faith Network for the UK said, “Mutual exchange of visits to community places of worship is an important part of building and strengthening good inter faith relations. These visits arranged in connection with Visit My Mosque are a significant demonstration of this.”

Mosques across the UK from Inverness to Cornwall, and from Belfast to Ipswich, will be opening their doors to the public this Sunday 3 March. For more information, visit www.visitmymosque.org