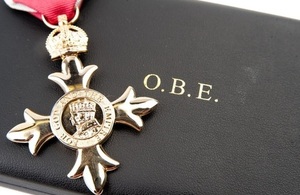 The Muslim Council of Britain today congratulated all those named in the New Year Honours List.

Among those recognised for their contribution to British society include TV chef and author Nadiya Hussain, as well as community cricket activist Afzal Pradhan from a member mosque of the Council of European Jamaats (COEJ), Mohamed Ashraf Ali of the British Muslim Heritage Centre (BMHC) and Yashmin Harun from the Muslimah Sports Association, which are Muslim Council of Britain affiliates.

In addition, 13-year old Ibrahim Yousaf was amongst those recognised, for his passionate fundraising in his free time for eleven different charities in his home town of Oldham, Greater Manchester, despite his own health problems.

Harun Khan, Secretary General of the Muslim Council of Britain said: “The Muslim Council of Britain congratulates the newly recognised British Muslims in the 2020 New Year’s Honours list for their leadership, hard work and dedication in their respective fields. The bedrock of the Muslim faith is giving back to the community and wider society, and the positive contributions that British Muslims are making continues to add to the rich diversity of Britain today.”

Commander of the Order of the British Empire (CBE)

Saker NUSSEIBEH, CEO and Head of Investment at Hermes Fund Managers. For services to responsible business and to the financial sector.

Officers of the Order of the British Empire (OBE)

Members of the Order of the British Empire (MBE)

Mumtaz ALI Work Coach, Sparkhill Jobcentre Plus, Department for Work and Pensions. For services to Disadvantaged Customers in Birmingham

Mete COBAN Founder and Chief Executive, My Life My Say. For services to Young People

Nadiya HUSSAIN For services to Broadcasting and the Culinary Arts

Mohammed Tariq RAFIQUE For services to the community in Greater Manchester

Ali ABDI For voluntary service to the BAME community in Cardiff

Yashmin HARUN For services to Female BAME Representation in Sport

Nadia Rehman KHAN Co-founder, The Delicate Mind. For services to Mental Health and Integration in London and Birmingham

Ibrahim YOUSAF For services to the community in Oldham, Greater Manchester