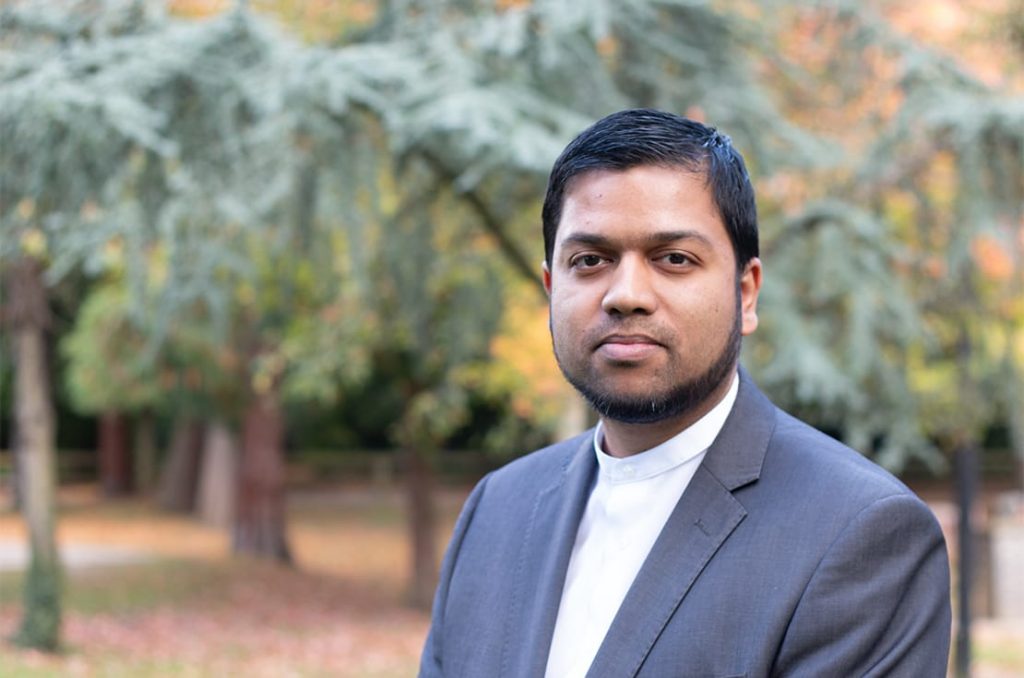 Those who say, when afflicted with calamity: “To Allah We belong, and to Him is our return” (2:156)

To Allah we belong, and return.

The Muslim Council of Britain today mourns the passing of former National Council member Nabeel al-Azami, who returned to our Lord in the early hours of this morning after a short illness. He was 39 years old, and is survived by his wife and three children.

Those who knew Nabeel can attest to his exceptional kindness, generosity and talent. Despite his young age, his achievements were towering. Many will know him as founding director of Murabbi Consulting, his organisation specialising in ethical leadership. Others will have met him during his earlier time at Islamic Relief Worldwide, as Head of Global HR. We at the MCB are indebted to his work alongside previous Secretary General Dr Muhammad Abdul Bari in initiating an Institutional Capacity Building Initiative (ICBI) for affiliates and wider Muslim organisations.

During his lifetime he received many accolades. As an Adair Accredited Leadership trainer, he won the Chairman’s Leadership award two years in a row, was a finalist for HR Professional of the Year 2015, and won HR Team of the Year 2015. In June this year, he launched his monumental book “Muhammad (s): 11 Leadership Qualities that Changed the World”, a culmination of 20 years of experience and work.

The legacy he has left behind in death is one that we can all look to for guidance, as we did in life. Many of Nabeel’s family, friends and colleagues have shared how often they looked to him as someone who offered immense wisdom and clarity. Whether it was words of encouragement in times of uncertainty, or his living embodiment of the values we all aspire to, he was the impactful leader who led by example. Nothing underlines this more than his selflessness and courage after being diagnosed with cancer.

A significant part of Nabeel’s life was spent in service to the communities he came from. As well as being a husband, father, brother and son, he was also a mentor to many young Muslims forging their way in life. Through his gentle conversations, challenging and reflective training sessions, practical advice and support, his insights have shaped many minds and characters. Though this is a tremendous loss for the world, we are thankful to Allah for the gift of a generous, patient and wise friend.

May Allah forgive him, accept his deeds and bless him with Jannat al-Firdaus. May Allah grant his family patience and relief. Ameen.