90% of people haven’t been inside a mosque – change that this weekend! 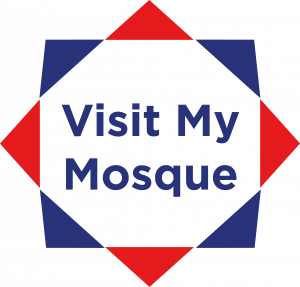 A YouGov Poll commissioned by the Muslim Council of Britain (MCB) has found that almost 70% of Britons hadn’t seen the inside of another faith’s place of worship, and almost 90% hadn’t been inside a mosque, in recent years.

With over 200 mosques across the UK opening their doors this weekend on 18 February 2018 as part of Visit My Mosque Day, this year will have the largest ever number of mosques welcoming in their neighbours at the same time under the theme Open Doors, Open Mosques, Open Communities.

“Despite the multi-religious and multi-cultural society we live in, these poll results show that the majority of Britons have not seen what the place of worship of another faith looks like,” said Harun Khan, Secretary General of the Muslim Council of Britain.

“Many faith communities hold open door events regularly and this Sunday over 200 mosques across the UK will also be opening their doors, to give people of all faiths and none the chance to get to know their neighbours of a different faith.”

#VisitMyMosque – now running for its 4th consecutive year – is a national initiative facilitated by the Muslim Council of Britain, the country’s largest umbrella body of mosques and Islamic associations.

Reverend Dr Toby Howarth, Bishop of Bradford, said “Crossing the threshold of a different place of worship can be an important step in learning about and getting to know our neighbours. As a bishop and as a trustee of the Christian Muslim Forum, I very much welcome the Visit My Mosque Day initiative. I plan to visit mosques in Bradford on 18th February with local clergy and congregation members, and I warmly encourage others to do the same where they are.”

“It is always important for people from various communities to meet each other and demonstrate our bonds of harmony and good neighbourliness. This is especially true at a time when peddlers of hatred tragically wish to destroy the bonds that unite our shared society,” said Rabbi Herschel Gluck OBE, President of Shomrim in Stamford Hill.

Ms Bharti Tailor, Vice-President and Trustee of Religions for Peace UK, said, “I have visited many Mosques as a part of Interfaith walks and, this initiative to engage more with local community is very encouraging and will hopefully lead to people feeling freer to go to each others places of worship and understand better the other’s way of worship.”

Despite facing abuse and physical violence such as the Darren Osborne terrorist attack in North London last summer, many mosques are continuing to open their doors to the public. “I still remember the first time I went to a church after a friend invited me. It is so important in today’s society that we all have the chance to meet each other in real life and realise how much we have in common,” said Fatima, mosque open day volunteer in North London.

Mosques from across London, South East, Midlands, Scotland, Wales, Lancashire, Yorkshire and the Humber and Northern Ireland will be taking part. Visitors can find their nearest participating Mosque at www.visitmymosque.org/find

An official launch event for press and media will be held on Thursday 15 February at Al-Manaar Mosque (Muslim Cultural Heritage Centre) in North Kensington, London. For any media and press wanting to attend the launch event, please email [email protected]. Interviews and photos are available.

The Muslim Council of Britain has also recently launched “Better Mosques: A Community Consultation” – a nationwide consultation where anyone is welcome to submit their ideas on how mosques can become better in Britain today. Find out more online at www.ourmosquesourfuture.org.uk/consultation

1. #VisitMyMosque day is a national initiative where over 200 mosques across the UK are holding open days on 18 February 2018 to welcome in their neighbours of all faiths and none.

2. It is facilitated by the Muslim Council of Britain, the country’s largest Muslim umbrella body with over 500 affiliates mosques, educational and charitable associations.

3. All figures, unless otherwise stated, are from YouGov Plc. Total sample size was 1,629 adults. Fieldwork was undertaken between 31st January – 1st February 2018. The survey was carried out online. The figures have been weighed and are representative of all GB adults. Respondents were asked what places of worship not associated with their own faith they have visited in the last five years.

5. Participating mosques on 18 February 2018 are listed on www.visitmymosque.org/find

6. The list of participating mosques represents the diversity in Islamic traditions, with mosques from a wide variety of Islamic schools of thought and traditions taking part, including some of the country’s largest mosques seasoned in doing outreach activities, as well as smaller mosques holding open days for the first time.

7. Many mosques across the UK have been holding open days for years if not decades. Visit My Mosque Day is just an initiative where mosque nationwide time their open days to be on the same day.

8. #VisitMyMosque 2018 is being supported by the National Zakat Foundation

9. For further information, interview or other media requests, please contact: