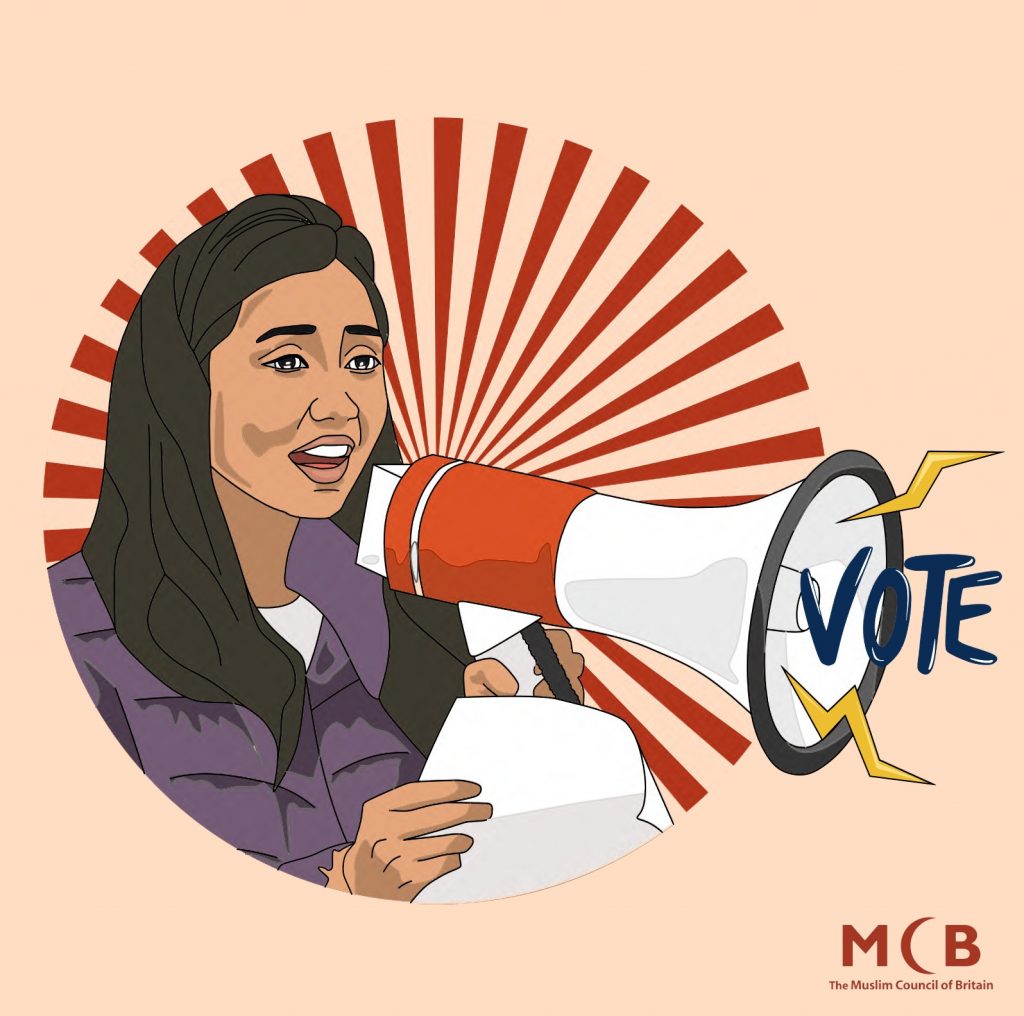 Today the Muslim Council of Britain, the country’s leading British Muslim representative body has released research judging each major party’s manifesto against the priorities and concerns of their members from Muslim communities across the UK.

On ten key pledges, the Labour manifesto achieved a “Pass” on nine out of the ten, the Liberal Democrats achieved a 50% pass rate, and the Conservatives did not achieve a “Pass” on a single one of the policy areas, but were recognised as making progress on various issues.

Tackling racism and Islamophobia is understandably one of the top concerns for British Muslims, but other areas such as health, criminal justice and education feature prominently in the MCB’s election pledges.

The commitments were formed after detailed surveys and focus groups of MCB affiliates and amongst Muslim communities. The pledges represent a consensus view of the key challenges facing British Muslim communities and a call on political parties and the next government to prioritise them.

MCB Secretary General, Harun Khan, said:
“We want British Muslims’ key concerns – some of which are unique to them but many of which are universal – to be acknowledged and represented across political divides.

“Rather than being a party political issue, we would hope that all parties can agree to policies like working against Islamophobia, protecting health and elderly care, creating equality in education and revitalising our criminal justice system. Currently, Labour Party policies are 90% aligned with those pledges from Muslim communities, but we want to see a world where Muslims can vote for whoever they are politically inclined towards.

“The failure of the Conservative Party to tackle the structural Islamophobia within its ranks appears to be only one of the many concerns Muslim communities are likely to have with the Party, which may lead conservative-leaning Muslim voters to cast their ballot for someone else.”

The pledges are:
1. Tackle Racism and Islamophobia
Adopt the APPG on British Muslims definition of Islamophobia across the UK, defining Islamophobia as being rooted in racism and as a type of racism that targets expressions of Muslimness or perceived Muslimness.

2. Religious Liberty
Defend the right of Muslims – and people of all faiths – to express their faith, be that in religious clothing, food and reasonable accommodation of religious observance.

3. Engagement with Muslim Communities
Commit to proactively engage with a broad and representative spectrum of British Muslim communities to ensure a plurality of views are being considered.

4. Safety at Places of Worship
Safeguard visitors at places of worship, by providing support and funding for any Muslim institutions to implement safety measures, in line with other faith groups.

5. Effective Health and Elderly Care Services
Focus policymaking on ensuring equity for all sections of society, recognising the gap in health and wellbeing standards, particularly between older and elderly Muslims and the general population.

6. Refugees
Encourage the resettlement of refugees across the UK, working with communities to address and tackle issues faced by refugees resettling in Britain.

8. Criminal Justice
Address the disparity of treatment and outcomes for BAME people within the criminal justice system. Rebuild trust with Muslim communities by ensuring all counter-terror legislation is evidence-led, non-discriminatory, and open to evaluation.

9. Equality in Education
Ensure a fair approach to educational provision for all children, with a syllabus that reflects the diversity of communities, with appropriate parent involvement.

10. Ethical Foreign Policy
Support a binding recognition of Palestine as an independent and sovereign state, and address human rights abuses abroad, including in Kashmir, Xinjiang and Myanmar.
ENDS