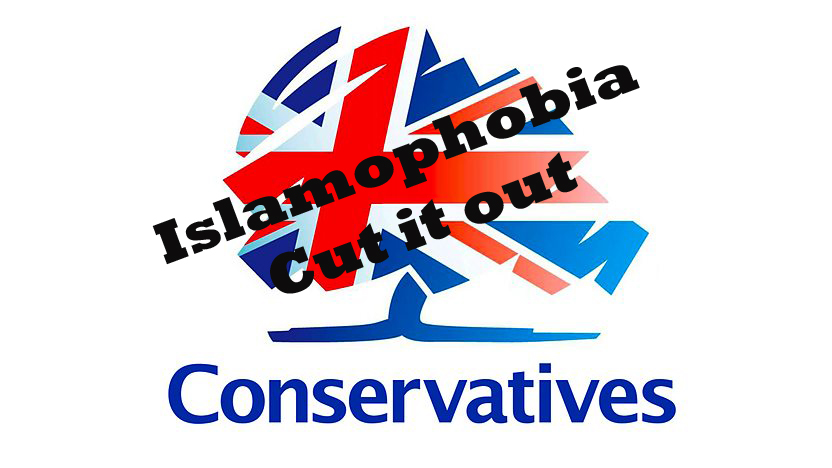 The Muslim Council of Britain (MCB) has filed a complaint with the Equality and Human Rights Commission (EHRC) over Islamophobia within the Conservative Party today.

This letter was prepared and distributed after the European Elections to avoid any claims of trying to influence the outcome.

Five key pillars embody the basis of the complaint, and these make clear that the problem of Islamophobia runs deep into the Conservative Party, with over 150 examples of Islamophobia cited.

Harun Rashid Khan, Secretary General of the MCB, said:
“It is a sad day for us to have brought this complaint to the doors of the EHRC, but the concerns of Muslims at large about Islamophobia within the Conservative Party have fallen on deaf ears.”

“We have taken this step after an unprecedented number of cases have been brought to our attention, suggesting a culture within the Conservative Party where Islamophobia is not only widespread, but institutional. We now request the EHRC to look at all the evidence and investigate this matter with great urgency.”

Miqdaad Versi, Head of Media Monitoring for the MCB, said:
“Since 2015, I have worked hard to challenge Islamophobia within the media and society, and the need for this kind of work has only increased as time has gone on. Often I have found that Islamophobia can be ignited and legitimised by reckless politicians, to serve their own political agendas.

“It is regrettable that the Conservatives have refused to take our concerns seriously or that of their own Conservative peers. Furthermore, the current Conservative-led government has also decided to reject a definition of Islamophobia as accepted by the MCB and key Muslim stakeholders, which leads us to question, what message do the Conservatives want to send to Muslim communities?”

“As the leadership race ensues, will any of the candidates prioritise dealing with the sheer scale of Islamophobia that has consumed the Conservative Party?”

1. The Muslim Council of Britain (MCB) is the UK’s largest and most diverse national Muslim umbrella organisation with over 500 members including mosques, schools, charitable associations and professional networks.

2. The main pillars of the complaint are as follows: